Having been an avid gamer for most of his life Ben started gaming with the Fighting Fantasy game books which eventually led to Dungeons and Dragons. This love of gaming he would eventually share with his cousin, Casey, by bringing the board game Talisman to a family get together. From there both Casey and Ben were hooked on board games.

Casey spent most of his childhood living in Perth, Ontario while Ben stayed in Ottawa. The distance meant that they found other people to game with over the next decade or so. After Casey moved back to Ottawa they reunited at his wedding and started reminiscing about their long time passion for games that they both decided to start playing together again, but this time with their spouses. After a few fun-filled weekend game sessions at a family cottage, both Casey and Ben realized that their excitement for games had never ceased.

Over the next few years they both started building up an impressive board game collection. During this time Ben also started getting back into D&D by becoming a Dungeon Master for kids aged 9-16 at his local community centre. Later this year Ben spotted an ad for a business for sale that peaked his interest. 👀

The ad stated that an Ottawa board game retail business was available for purchase. What was more appealing was that the business focused on bringing people together through gaming. After Ben shared the ad with Casey they both decided this would be great opportunity for them to bring their love for gaming to so many others.

Ben and Casey both reside in Ottawa, ON with their game-loving families who often get together for regular game nights 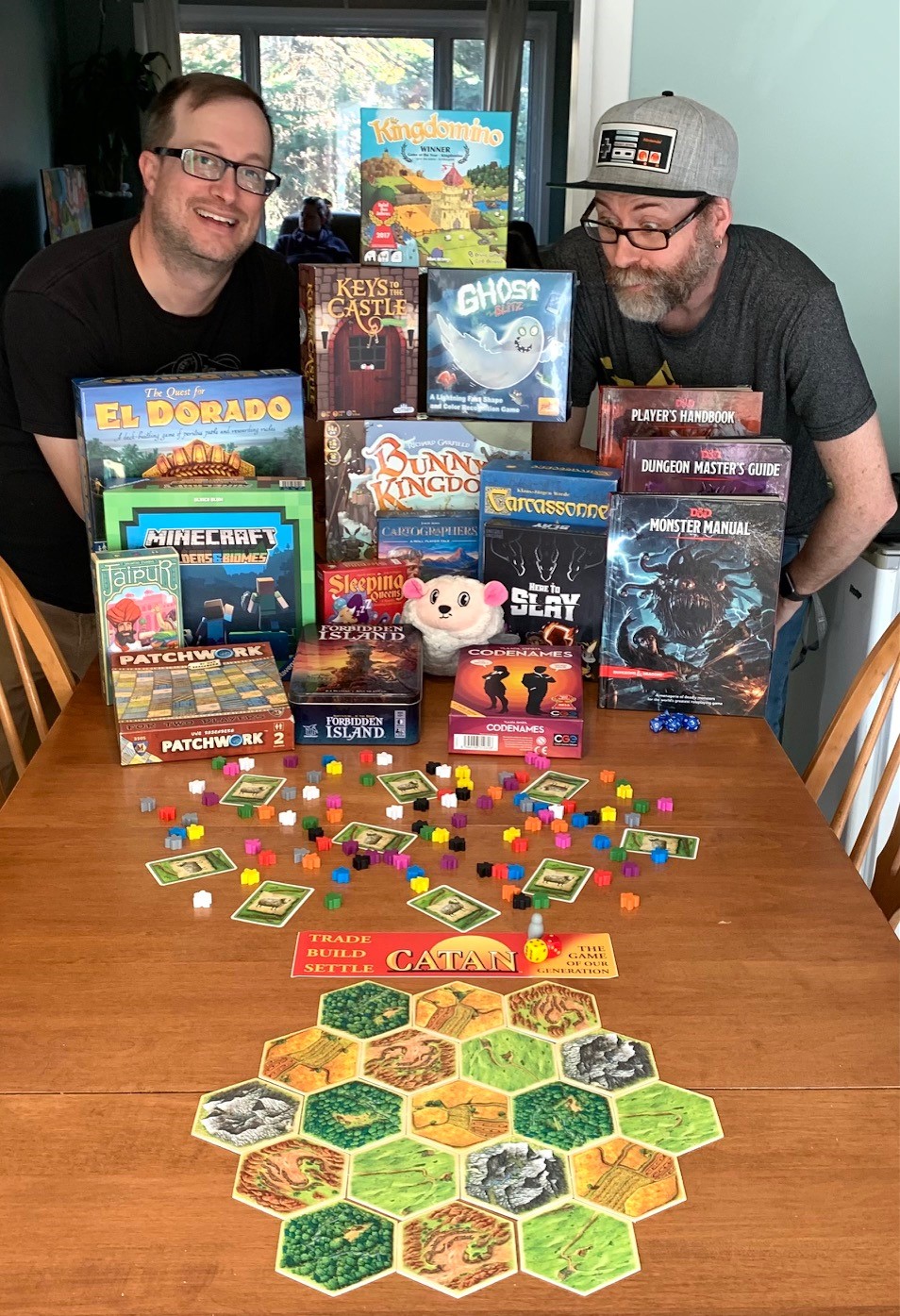